Artificial Intelligence (AI), once the stuff of science fiction movies, now comes in many guises, from personal assistants in cell phones to individualized movie recommendations to drone-based pipeline inspections, to name just a few. AI’s neural networks learn in much the same way as their biological counterparts, through example and repetition rather than the sequential logic of standard computer programming. They include massive concentrations of interconnected nodes, each representing the equivalent of a single neuron. In essence, every node can be thought of as an independent algorithm, exchanging data with its peers as the network gains intelligence and arrives at solutions. In general, this process requires voluminous amounts of computing power to continually model the behavior of each node during each training cycle. All of which makes AI’s machine learning an ideal candidate for massive parallel processing.

Massive parallelism once existed exclusively in the realm of supercomputers, but recent advances in chip technology allow it to now reside on a single IC substrate that integrates literally billions of transistors. One key breakthrough in this area is the emergence of advanced packaging, which allows multiple logic functions to be positioned within very close proximity to each other to maximize speed and minimize energy consumption. Each layer must be functionally verified before going on the advanced package die stack stack, and may include up to 4000 test points called microbumps that lead to data paths, power supplies and ground. Microbump test points are positioned extremely close to each other, often within 45 μm. And each presents a very small probe target, on the order of 25 μm.

Heat issues complicate this challenge. At the wafer level, extremely large populations of test points generate substantial amounts of heat during probing operations. To prevent overloads that burn out probes and invalidate test results, heat levels must be continually monitored throughout the test cycle. At FormFactor we’ve met this challenge with a new generation of wafer probing cards that can land successfully on arrays of microbumps as small as 25μm in diameter—smaller than a human hair. During operation, each probe can carry more than an amp of current without overheating and warping. It’s all done through our proprietary MEMS technology and carefully formulated metal alloys that resist the effects of heat and mechanical stress. 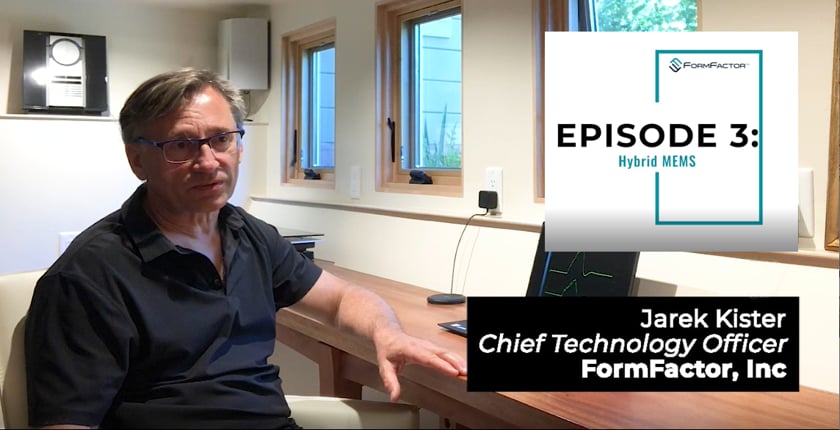 We also provide solutions that continually control the temperature of the chuck, which holds the wafer in place during probing.

Temperature sensors constantly monitor the interface between the chuck and wafer, with liquid cooling applied to keep heat levels within acceptable limits.

As AI continues its migration into new generations of silicon, we’re committed to being there with wafer probe solutions that help make it possible. Active temperature control is crucial—Thermal Chuck is an integral part of the test cell.

IN THE NEWS
An Inside Look at Testing’s Leading Edge